Quote of the Day

"If corpulent Alex Jones is talking about it, then that is not it."

Christopher Marlowe, at http://theinfounderground.com/forum/viewtopic.php?f=4&t=16733#p67792
Posted by Anonymous at 10:30 AM No comments:

Bert Kreischer is the Machine

“Bert Kreischer Is The Machine.” Comedian Kreischer recently visited Joe Rogan on his podcast and told this incredibly detailed story about a college trip to Russia. It’s become somewhat of a comedy nerd’s Internet hit, wracking up nearly 125,000 views on YouTube as of this writing. Kreischer is now even planning to sell Machine-themed T-shirts. Animator Corri Loschuk created a South Park-style mini episode out of the audio, which helped propel this piece to star status. But even without the visual component, the story is amazing.

We all know Doug Stanhope has lived a full life. Euphemistically we can call him a “life adventurer!” Pragmatically, we can say the dude lives life like maybe he wouldn’t mind dying, so long as he does so creatively. This story, about his experience with a tranny hooker (from is 2000 album, Sicko), was probably just part of another slightly-odd day for Stanhope.

RON WHITE: Like Birbiglia above, Ron White has come to be known as a guy who almost only tells long-form story jokes. And he’s amazing at it. The story below is no doubt his most popular, as it explains the origin of his nickname “Tater Salad” as well as references the title of the 2003 album on which it was first released, Drunk in Public.

DANE COOK: Dane Cook’s 2009 album Isolated Incident found the hugely popular comedian in a much more personal and, at times, darker space than in years past. Both his mother and father had died somewhat recently before the recording and while most of the album maintained the levity Cook’s known for, he surely didn’t shy away from getting in touch with his anger. This story about how he handled a single piece of hate mail makes me smile every time I listen to it. Sometimes redemption can be funny.

TIG NOTARO: I was lucky enough to catch Tig tell this story at Bar Lubitsch in West Hollywood nearly a year ago. So I was super excited to see it pop up on her newly released album Good One. A master of pacing and timing, Notaro turns some chance encounters with 1980s pop star Taylor Dane (“Tell It To My Heart) into a surrealist piece of art.

JOHN MULANEY: In your youth, did you ever fuck around with people in a public place– because, you were simply bored and were a bit of a wise ass? Sure, we all did. Or at least, we all tried. My friend Joe once took a dump on the street outside my friend Mike’s house and led Mike to believe it was dog shit. Hilarious, right? Subtle? No. But John Mulaney and a friend were more subtle than a street shit when they decided to use music to terrorize diner patrons.

LOUIS C.K.: As a parent of a nearly three-year-old and a newborn, I take great comfort in Louis C.K.’s parenting material. And this track is no exception. From his newest album Hilarious, released in January, Louis C.K. thankfully tells us way too much about a cookie-related fight he had with his younger daughter as well as a story about some messy bathroom business.

JOSH SNEED: Let’s start off with a good fart story, shall we? Don’t sneeze (or fart) at the concept. Even George Carlin was a huge fan of flatulence humor. So, yes, we shall begin with poop jokes. In this one, from the 2008 album Unacceptable, Josh Sneed regales us with a story about his encounter with pop superstar Jessica Simpson. It’s a metaphor for the concept of dominance and the battle between economic classes. Or, it’s just a fart story 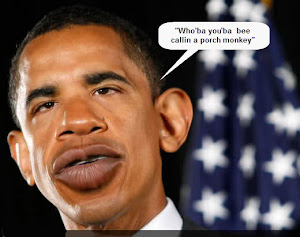